The Via Francigena in DigitaLife: “How has your way of traveling changed?” 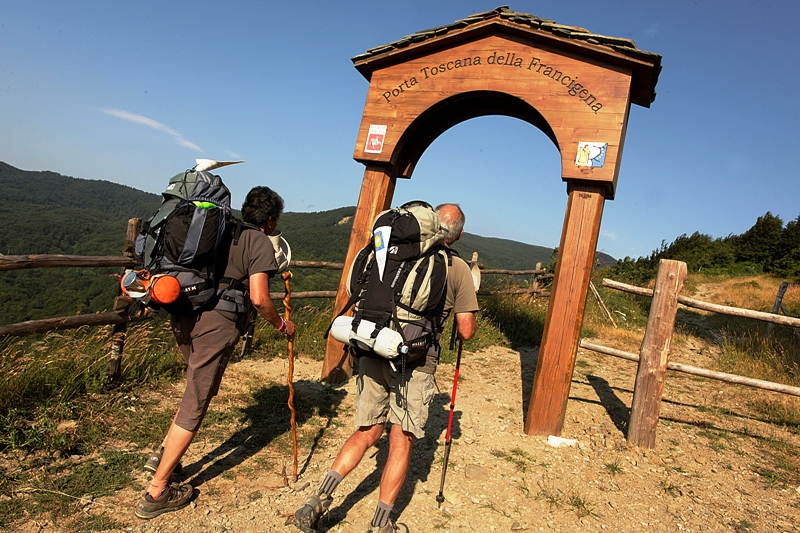 DigitaLife is the collective movie that will talk about the changes that have taken place over the last twenty years with a look projected to the future, as it continues its journey. From this week the European Association of the Vie Francigene and the Associazione Movimento Lento also join the project. An agreement that enhances the many aspects of the most important cultural journey in Italy and one of the most trodden in Europe. A road that leaves from Canterbury to get to Rome along 1800 km of which about a 1000 km are in our country. Along with the two associations, a question has arisen for enthusiasts on the go: “How did the internet change your way of traveling?” The answer can be given by anyone, by filming a video and sending it through the docufilm site www.digitalife.org

“How has the internet changed your way of traveling?”

“We chose to contribute to the project,” says Massimo Tedeschi, President of the European Association of the Vie Francigene, “because it represents a real opportunity for more people to find out about the Via Francigena, the cultural route of the Council of Europe, whose visibility is taking on a dimension that is increasingly international. The media can offer a concrete means of promotion and dissemination, as well as analysis and sociological-cultural studies related to the path.” “For those who handle the information,” explains Luca Bruschi, director of the association, “the project becomes a precious container that will better identify the profile of who walks and who ‘lives’ the Via Francigena. The DigitaLife project is complemented by the EAVF communication tools, such as the web portal, with more than 100,000 visitors per month.” This is not the first time that the association supports the production of a documentary: in the last few years they supported “The faces of Via Frangigena” by Fabio Dipinto and “Energie invisibili” by Luca Contieri.

The agreement with the two associations will make it possible to spread the knowledge of the project and to tell so many aspects of the choices linked to following the path. We will have the opportunity to involve people from all over the world. “The Internet and new technologies have revolutionized the slow journey, on foot and by bicycle. Maps, stories, information that was difficult to find, today can be shared in real time, and GPS helps orient the less experienced on unmarked routes,” explains Alberto Conte, President of the Associazione Movimento Lento. 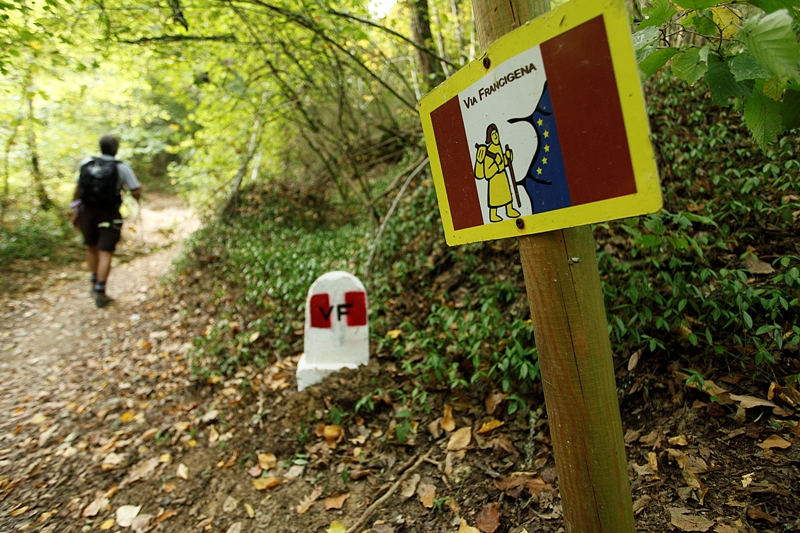 “Those that travel by foot,” says Marco Giovannelli, president of the Varese Web, “know well how behind the effort of every step moves a great amount of energy. The Via Francigena is an asset of absolute value to our country. Listening, welcoming, meeting are central elements for the pilgrim’s experience and the many who pledge that the journey can be an experience of serenity as well. It is a great honour for us to collaborate with the Association and we are confident that the film will be a great opportunity to further spread this journey.”
Since the launch of the project, the first hundred videos have already arrived. There are so many different descriptions about the relationship in your life with the digital and the Internet. “Work is proceeding and we will build the film with you,” explains Francesco G. Raganato, director of documentaries for Sky and Rai. “It will be collective work in the true sense of the word. The will is that of creating a community that gives vital life to the film day by day. It’s a challenge in every sense, from the fact that we will give everyone the opportunity to tell their story and share it. ”

Recognition
All of the videos will be published in different spaces and those who will be participating with their video will receive recognition from the production team. Every two weeks a video will be chosen that is particularly representative of the spirit of the film and the author will be offered a weekend for two people in an Italian location. All those who will be selected to join DigitaLife will be included in the movie credits and official credits of the work.

The Via Francigena
The Via Francigena promotes a heritage linked to th eEuropean cultural identities, starting from a historical route that is expressed through a collection of roads, on which the history of Europe has been shaped over the centuries. To discover this 1800 km route through England, France, Switzerland, and Italy on the ancient steps of medieval pilgrims walking to great destinations such as Rome, Santiago de Compostela or Jerusalem, on 22 April 2001, was created the European Association of Vie Francigene (EAVF). As an officially authorized member of the Council of Europe, the EAVF is working with European institutions, regions, local communities, associations, and industries to promote the values ​​of the paths and pilgrimages, starting from the sustainable development of the territories through a cultural, identity, and touristic approach. For further information: www.viefrancigene.org

Movimento Lento deals with the popularisation of the “slow travel” culture and uses the most advanced technologies to rediscover old ways and trace new routes, and to organize walking and bicycle trips available for everyone. For further information: www.movimentolento.it